What is the Grim Reaper? 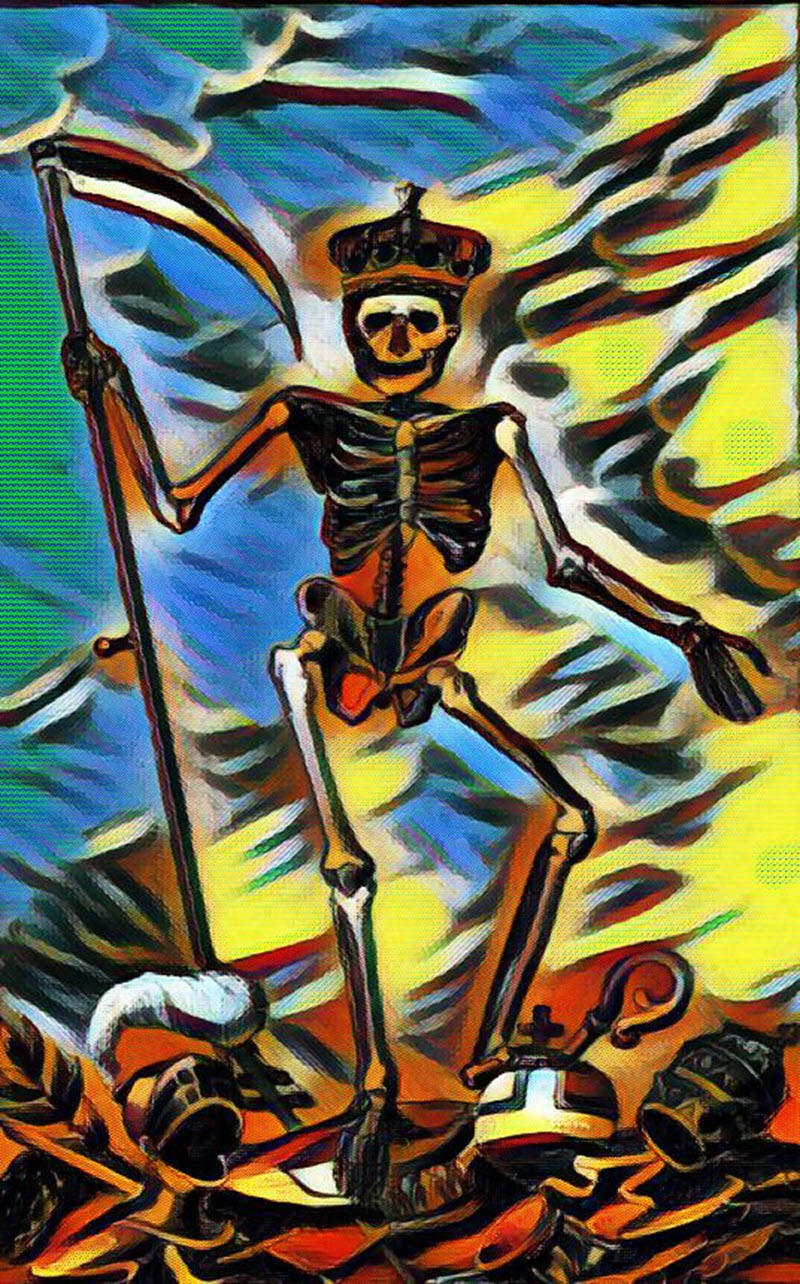 The Grim Reaoer is a somewhat euphemistic name for the personification of Death. He is depicted as a skeleton figure - sometimes clothed in a hooded shroud, or naked, and typically bearing a scythe or some other weapon. A scythe is a curved blade attached toa long pole which was used by farmers to cut down crops at harvest time. Metaphorically, the scythe in the hands of Death represents the cutting off of human lives. By extension, Death was therefore a reaper, like a farmer reaping his crops by cutting down the stalks of wheat or hay.

Although the allegorical connection between Death's scythe and a reaper is obvious, the term Grim Reaper was not used until around 1800, even though in Europe it had been customary to depict Death as armed with a scythe since around the 14th century.

The Grim Reaper, or sometimes multiple reapers, are central characters in The Dance of Death, leading the living towards their demise. Tradionally, illustrations of the dance of death depict one or more skeleton figures grabbing hold of unsuspecting people and leading them into a dance from which there is no return.